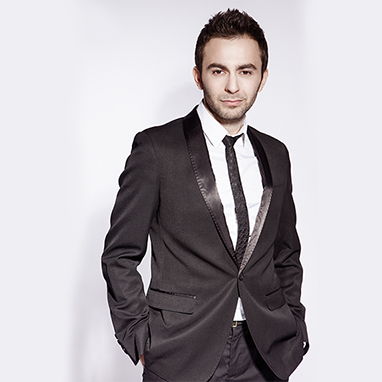 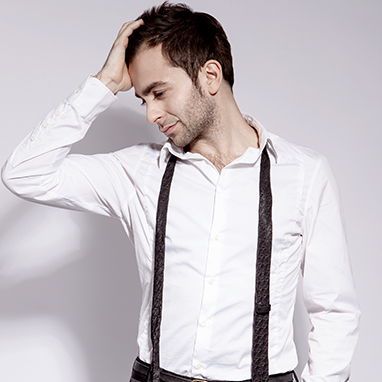 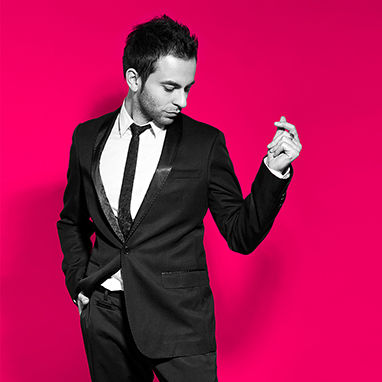 Dima Sirota characterizes himself as a romantic person, only believing in the best in people and life. With his art he tries to remind the listeners of beauty, love, the magic of a real moment and life as such. With his talent and his heartful voice he is able to enchant the whole world! Thanks to his optimism and a clear and conscious point of view, he is open for the discovery of new roads and ways. He looks at the world through the eyes of a wizard, creating a world around himself and ready to share his magic with everybody else. With a healthy dose of self-irony and an extraordinary sense of humor Dima manages to open people’s hearts and to see the world in a different light, to see harmony, sincerity, honesty and openness within it!

The main instrument connecting him to his listeners is his heartful voice, the deep meaning of songs that he is performing. Dima believes that music is the way to endless love and he has been living with this idea since early childhood, carrying it inside his heart throughout his whole life.

Dima grew up in the Ukraine, in a small town surrounded by beautiful forests, lakes and a magnificent sky. Being this close to nature and experiencing an atmosphere of freedom and an unlimited love towards his family, contributed to the performer’s subtle and sensitive character. It was right there, in his native country, that people taught Dima the true values of life such as friendship, honestly, trust and love.

As a teenager he moved to Germany with his family, settling in the NRW federal state capital Düsseldorf. Immerging into a whole new environment and adaption to a new culture have been a rather difficult period in Dima’s life, as his subtle character started to harden and gain new edges of strength and perseverance.

Dima’s family is gifted with different musical talents, therefore guaranteeing the whole family’s support of his artistic ways right from the start. Secretly, Dima always dreamt of the big stage and tried his luck in many competitions and festivals across Russia and Europe such as Moscow’s “Fabrika Zvezd” (“Star Factory”).

Thanks to a constant drive, Dima got a chance to prove himself for real, to learn new things and to expand his experience and talent. However, soon the harsh frames of the show business urged the young performer to find his own way.

Today, Dima is working with some of the most talented musicians and performers in Europe as part of a successful cover band Dima Sirota & exclusive show-band (www.dimasirota.de).

Inspirational for the configuration of such a crew was Dima’s multi-cultural life experience and the wish to combine different musical genres, talents and people’s characters into one. He gave himself and all the people the opportunity to prove their personalities, passions, courage, freedom, love and senses to the fullest.

A big part of Dima’s energy is directed at solo performances and projects. For him it is significant that people he is working and making music with provide the same input in terms of soul and love as himself. Clearly, this is the only way for new, artistic and extraordinary brave ideas and projects to emerge, making our world a better place. Within his songs, Dima Sirota combines different musical genres and rhythms: rock, funk, jazz, dance and of course the style of musicians that contributed to the creation of one or another composition. Putting his soul into a virtuous performance helps him create heartful music on a high European level!

On first sight, Dima Sirota amazes with his kindness, warmth and sincerity, all thanks to the fact that he always stays true to his motto, never drifting: “I always go my way consciously and often allow myself to be a child”. Miraculously combining a serious adult and a carefree child within himself, he enchants people and reminds them of their truthful mission and the magic of being.

"Music is the way to endless love." - Dima Sirota